Why time is critical after T1 diabetes Diagnosis 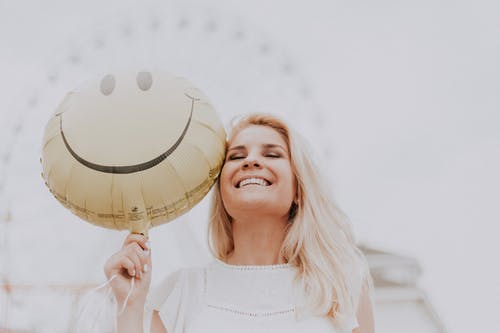 Often T1 diabetes diagnosis can be a particular daunting time, namely because it is early on-set in children and young adults; So it’s important to know just how much we can actually do to positively help children and young people, following a diagnosis of this condition… And I’m not talking about making a donation or knowing when to hand over the candy.

Although the focus of any diabetes diagnosis has always been on the destruction of pancreatic beta cells; Upon more detailed exploration of this, only ‘at least’ 70% of beta cells have actually been destroyed in early diagnosis. Conversely, this also means that up to 30% of beta cells ARE potentially, still remaining and functional – And this is where things get exciting!

The reason why this is so exciting is because it leaves us with the greatest scope to utilise and reprogram any remaining cells to replace the others and take immediate action to stop the immune system attacking them further or repeatedly.

We already know about the physicality of diabetes and how the physical root cause can be attributed to a weakened immune system that ultimately leads to a virus attacking the beta cells of the pancreas. However, to make a real difference we need to place our focus elsewhere; on the cause that comes before the physical cause so as to put a stop to any further attack of beta cells.

I’m talking here about the intangible root cause rather than just the physical element that is so predominantly focussed on. This by definition, is the ‘meta’ physical root; the first cause (our thoughts and emotions) that triggered the bio-chemical reaction in the brain to send specific messages within the body to activate the physical cause leading to the manifestation of diabetes.

Often this can be much more challenging for individuals to comprehend because we can’t directly see it; however, it is nevertheless present and very real. So to really get to grips with this, the pertinent question here is “What precisely led to the weakened immune system in the first instance – what was the thought pattern and emotional trigger that ultimately manifested itself physically in this way? Metaphorically speaking, what happened to lead an individual to feel that their sweetness in life had been lost in such a traumatic or intense way, that they physically over compensated for this by way of excessive sweetness the body ?’ Even if we are talking genetic roots, there’s still plenty of work we can do – it’s actually no different we just have to delve a little deeper.

It is here when things then start to get interesting and we really get to the core root cause. Once we establish this with a good awareness, and subsequently understand the chain of events that lead to the physical manifestation; we can begin to really do something about it! … Stopping the negative spiral of T1 diabetes.

Once we can address and accordingly resolve the emotional root we can then work on the physical healing process. This of course involves preserving these remaining cells by working with our neurology to regenerate and rejuvenate the lost 70% or so of beta cells from the very coding of the DNA that made them initially. This would naturally involve a process of assisting the remaining beta cells (once preserved) to rapidly reproduce other pancreatic beta cells that are fully responsive to glucose – and of course we know this type of retraining of the body is perfectly possibly as it is evidenced from the successful natural reversal of T2 and pre-diabetes. For this process we can integrate an appropriate diet, implement positive lifestyle additions, and fundamentally utilise clinical visualisation, unconscious suggestion, and neuro linguistic programming.

On the face of it, it would logically appear very beneficial to treat children in this respect, and also for the fact that they would have been subject to far less negative suggestions and installations regarding diabetes (especially from diabetes clinics, forums, media or ‘some’ medical staff).

Further to this, children can often be far less cynical and sceptical as well as taking suggestions at more of a face value level than critically over analysing so much. Although this may not be the case for all children, children on the whole are generally more creative, imaginative, and excitable; thus making them great individuals to work with for successful visualisation techniques, and general flexibility.

In addition, in a newly diagnosed young patient, they are very unlikely to experience any complications of diabetes that would ordinarily require treating physically and psychologically first. This would therefore help in making the successful improvement and reversal of diabetes in early diagnosis much more simple for children or young adults to follow.

No matter how far it is possible for any newly diagnosed patient to apply such a concept; this approach would be additionally beneficial in helping children to get a different, more positive perspective on their condition by teaching them some fantastic resources to assist in the excellent management of diabetes.

There are so many positive ways to treat and easily manage this condition that it’s important young individuals have the resources to easily explore these and gain positive perspectives other than those traditionally given.  Even with the best intention, the smallest suggestion can dramatically impact upon a child and no child, young adult, or diabetes veteran for that matter should ever need to suffer psychologically or physically from this condition; and that is the sole intention of any mind body medicine approach.

An example of how a newly diagnosed individual can be influenced positively or negatively is a personal encounter of mine I experienced when first diagnosed, having just turned ten years old…
The nurse who first broke the news about having diabetes said to me very sincerely, ‘You can lead a perfectly normal and healthy life and we’ll get you set up with everything you need.’ Consequently, I felt very reassured and positive. Then later during my initial (and first ever) hospital stay, another nurse spoke with me. She asked if I had any worries, and if I was coping with being in hospital.

Well, I certainly had no worries; I’d already experienced an induced hypo (below normal blood sugar level), and I understood everything I’d been told or asked about. I was making friends on the ward, playing in the outdoor park, T-shirt painting, leaning Take That songs (at the time), and doing a self-initiated project about diabetes to explain it to my friends (lucky them, I know!), so I was happily getting on with things in my own way.

At this point I probably wouldn’t have thought anything else of it, however the nurse started telling me that I would be going on a special holiday with other ‘diabetic’ children soon, where I would have chance to talk about anything scary or worrying me! Although I pretty much instantly said I didn’t want to go on any special holiday, she began telling me it would be good to talk about coping with diabetes and any problems I had because I’d feel very different to my school friends (I’d already seen two of them).  So from feeling reassured and positive, I suddenly felt quite down, like I should be worried and scared about something.

Thankfully, ‘Sarah’ the first nurse came back on shift and explained I didn’t have to go on any holiday unless I wanted to, and most children with diabetes get on just fine and adapt well with no problems. She said that there’s nothing to worry about, and we’re always here to help if you need us. Brilliant! That’s all I needed to hear, and I felt reassured again.

So, you can see how this first and last, positive and pro-active suggestion made an enormous difference to a very young and impressionable mind, along with my future thinking/management of this condition (at least until I reached the adult diabetes clinic anyway – and I have a book about that!).  After all, as I always say ‘We become what we deep down believe’ – so imagine if I’d been led to believe from the off that diabetes was something to be afraid of, leading to a life riddled with problems and daunting complications that are pre-supposed as being inevitable!

It’s interesting that before the gloomy nurse spoke with me, I already knew what the potential complications of this condition could be IF it wasn’t controlled, but in my mind – that was like anything else if you didn’t take good care of yourself.

This real-life example really highlights how two different attitudes made all the difference to what is projected and how a newly diagnosed patient (especially a child or freshly exposed mind) can consequently feel, and more importantly go on to believe and fulfil. In this case the second nurse had suggested to me problems that were never problems, and that diabetes was something to worry about. So, the upshot is that you can see the power of suggestion here – positive and negative!

Moreover, the intention of this article is to emphasise how time is critical in terms of what can positively be worked on and indeed projected to an individual newly diagnosed in a respect of helping them to determine a wholly positive outcome – irrespective of exactly how far we choose to take this.

Ultimately, mind-set is everything when it comes to health and healing – so keep it positive and pro-active!
www.outofyourcomfortzone.uk